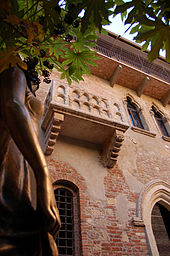 With the traditional visit to Verona without leafing seedlings and information booklets , in half a day you can visit the best offer the city of Verona. A fascinating journey through the historical periods , from ancient Rome to the early decades of the twentieth century, through different architectural styles , art , stories and legends of one of the most beautiful and fascinating Italian cities .
The walking tour of Verona may be preceded by a bus route that will allow you to admire the monuments away from the historic center on foot that would require too much time to be visited: the doors Venetian and Austrian fortifications , the beautiful church of San Zeno , Castelvecchio , the Gavi Arch , Porta Borsari (first century AD ), the church of St. George, Stone Bridge and the Roman Theatre (both in the first century BC ), Santa Maria in Organo , San Fermo. By bus you can also climb the Torricelle the hills overlooking Verona and admire the breathtaking view from the top. 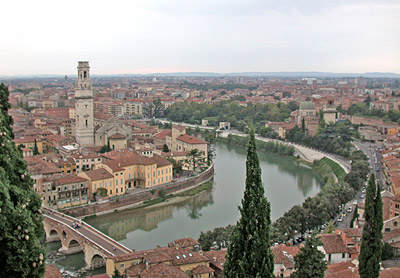 The walking path meanders through the downtown streets, drawn largely remained the same over two thousand years ago when the Romans founded the city and on which you have accumulated two millennia of history and construction. Verona is a city literally made ​​in layers, where on a base made ​​of Roman monuments and fascinating ruins, engage elegant Romanesque churches, tower houses Gothic and Renaissance palaces richly decorated long and prosperous Venetian period to form evocative and beautiful squares . 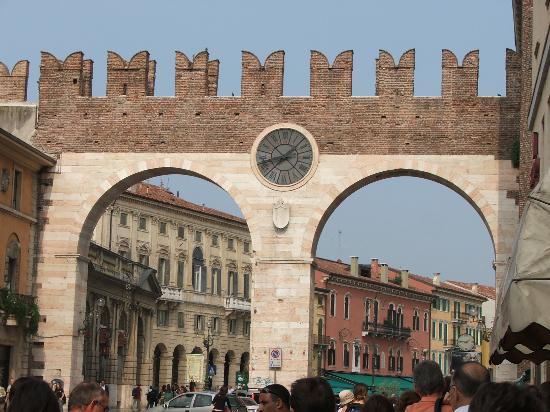 During the visit of Verona you will see the famous houses of verona3Romeo and Juliet, the picturesque Scaliger Gothic masterpiece, Piazza dei Signori, a veritable museum of outdoor architecture, Piazza delle Erbe, the fountain of Madonna Verona and wonderful buildings that surround it, the Arena, the Roman amphitheater from the first century, and much more.
The most important churches of Verona San Zeno, Saint Anastasia, the Duomo or Santa Maria Antica. Museums citizens of Verona Castelvecchio, Archaeological Excavations Lapidary or Scaliger.

Bicycle rental service booked during your stay, for short trips and excursions to neighboring countries.

Tips for trails and hikes to do during your stay.